Cells are sophisticated networks that provide all the systematic functions of the body.  For those of you who are interested in learning more about the energy and nutrient transport system here is a brief look into  diffusion.  I apologize for the length and the technicality of this blog, but that is the only way I can explain it.

Diffusion, facilitated diffusion, osmosis, electrical potential, and active transport are the forces that allow this delicate balance between the inside and the outside of the cell to be maintained.

Each molecule is in constant vibration, and  as a result, the molecules contained within a given volume will be constantly colliding with one another. The vibrating and colliding result in a mixing of the molecules throughout the system. The movement is caused by the kinetic energy of the particle.  This randomness of movement, or diffusion, is an excellent mixing device and is the most important means by which particles move into and out the cell. In diffusion, particles always move from a region of higher concentration to one of lower concentration. For example, oxygen moves from the capillary to the interstitial fluid (lymph surrounding the cell) and from the interstitial fluid into the cell. By the same token, carbon dioxide (Co2) moves from the cell through the interstitial fluid and into the capillaries. There are by far a greater number of oxygen molecules in the blood moving about in random fashion–this is the reason why more will diffuse toward the cell. By the same token, CO2 is produced in the cell and the random motion of these molecules will result in their greater diffusion out of the cell through the interstitial fluid and into the capillaries. When the concentration of the other, a diffusion gradient exists. One might say that the oxygen has a downhill grade toward the cell, where Co2 would have a downhill grade toward the capillary.

Each cell is surrounded by a membrane within which is contained a matrix. The matrix is composed of lipids (fats), and therefore is called a lipid matrix. In ordinary or free diffusion carbon dioxide, oxygen and other compounds such as fatty acids and alcohol (1) pass through the pores of the outer membrane, (2) dissolve into the matrix, (3) diffuse to the inner membrane, and (4) finally pass through the membrane wall into the interior of the cell.

Osmosis can be demonstrated using a U-tube with a semi permeable membrane that separates water and a solution of sodium chloride. The relatively large sodium and chloride ions find it difficult to move through the membrane. Because of the presence of these ions about the membrane, fewer water molecules will come into contract with the membrane and fewer will diffuse through to the other side. The side containing water molecules alone will lose more of these molecules by diffusion as there is nothing to impede their progress through the cell membrane. Water will diffuse to the other side of the membrane containing a larger number of sodium and chloride ions and the fewer number of water molecules. In other words, the water diffuses  from a higher to a lower concentration. As a consequence of the diffusion of water, pressure will gradually increase on the other side of the membrane  containing  the greater number of sodium and chloride ions because of the weight of the additional amount of water. The buildup in pressure will stop when the force tending to drive the molecules into the compartment is equalized by the force tending to drive them out. This is a hydraulic pressure, which overcomes the tendency of water to diffuse into the compartment of higher concentration of ions. This force is called the osmotic pressure.

The capacity for producing electrical effects is called electrical potential. When certain compounds, such as sodium are placed in water they ionize. That is, the sodium breaks away from the chlorine, resulting in a positively charged sodium ion or sodium and a negatively charged chloride ion. Like charges repel and unlike charges attract. The outstanding difference between the intracellular fluid and the interstitial fluid is the concentration of ions. Sodium, calcium, and chloride concentrations are many times greater outside the cell; on the other hand, potassium, magnesium, and phosphate concentrations are greater inside the cell. As a result of the distribution of these ions, the inside of the cell has a negative charge, whereas the electrical potential of the interstitial fluid is zero.

The electrochemical force on the inside of the cell tends to attract the positively charged cations into the cell and drive the negatively charged anions out of the cell. For example, potassium would tend to diffuse from the cell because of its high concentration, but the influence of the internal negative charge would cause the potassium to remain within the cell.  These two forces (diffusion gradient and electrochemical force) are almost equal, but are sufficiently unequal to favor the movement of potassium from the cell. The opposite is true for chloride. Chloride ion has a high interstitial concentration, which  would cause diffusion into the cell, but the electric forces are sufficient to keep the chloride from entering the cell. In other words, the chloride ions inside the cell are in electrochemical equilibrium with those on the outside.

Sodium is a large ion because it attracts water molecules about its surface. Consequently, even though it is a cation, it experiences difficulty in penetrating the pores of the cell. Although there is a small leakage of sodium into the cell, the number of ions inside the cell remain small, which suggests that a mechanism is in operation that actively removes sodium from the cell. The movement of substances against their concentration gradients by the expenditure of metabolic energy is referred to as active transport. Remember, when sodium moves from the inside to the outside of the cell it is going against the concentration gradient (uphill) for sodium is in greater concentration outside the cell). It is also moving against the electrochemical force because the inside of the cell is electrically negative, and unlike charges attract. The explanation for this suggests the presence of an enzyme active in cellular metabolism, which affords the energy to move sodium from the interior of the cell. Exactly how this comes about is unknown, but it is observed that as sodium leaves the cell, potassium enters. This phenomenon, which is referred to as the sodium-potassium pump, maintains an equilibrated movement of sodium and potassium against the diffusion gradient and the electrochemical forces.

Diffusion, both free and facilitated, osmosis, electrochemical potential and active transport are the forces that move materials into and out of the cell. This is a dynamic process going on continuously. The time factor for a given particle to diffuse from the capillary to the cell and vice versa is measured in microseconds at the cellular level. Upsetting this equilibrium, as was mentioned earlier, can result in serious physiological consequences. 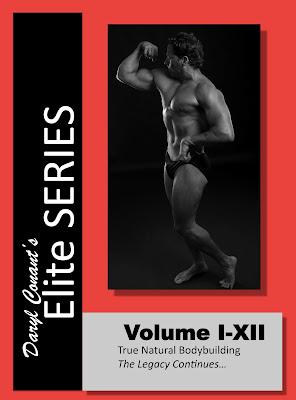 I SHARE MY SECRETS ALONG WITH THE EDUCATION THAT I LEARNED FROM VINCE GIRONDA.